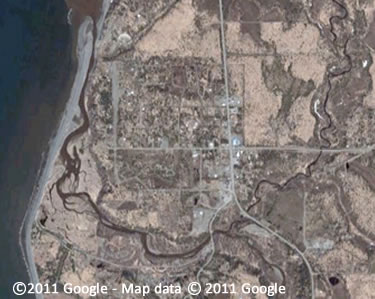 Salmon migrate up the Anchor River from the middle of May to the end of July. But due to favorable changes in river conditions at the site, sonar is needed only for the first few weeks of the season.

The department has been monitoring Anchor Chinook runs since 1962. Since installing the Anchor River sonar and weir site in 2004, our understanding of Anchor River Chinook salmon has grown immensely. Prior to 2004, we relied on helicopter surveys to monitor trends in Chinook escapement and coho escapement was not monitored at all.

The current Anchor River program, which counts salmon using sonar and a weir, has for the first time provided information about the absolute number of spawning fish.Among the 15 sonar sites we have throughout the state, the Anchor River site is unique in its combined use of DIDSON-the latest generation of fisheries sonar technology and a weir-a non-sonar tool that has been used to assess fish escapement since well before the introduction of sonar. At this site, old and new technologies complement each other perfectly.