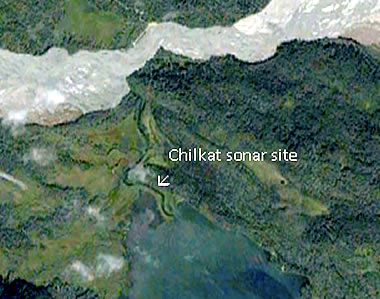 The site is located on a narrow slough between Tsirku River and Chilkat Lake. The slough is usually clear, but can become turbid with flooding.

The Alaska Department of Fish and Game operates a sonar project at the mouth of Chilkat Lake to monitor adult sockeye salmon escapement. Before the sonar project was installed, ADF&G relied on visual counts of Chilkat sockeye passage through a weir to produce escapement estimates. Weir counts were sometimes disrupted due to frequent boat passage and spikes in water turbidity. Now that sonar is used, fish counts can continue uninterrupted even when boat traffic and turbidity increase.