Yakutat is renowned for its world-class steelhead fishing but its pristine wild lands and waterways also boast superb opportunities for birding, wildlife viewing, and photography. 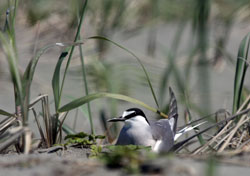 More than 200 species of birds have been identified in the Yakutat area and many breed in the Yakutat Foreland, a flat mosaic of marshes, shrub lands, rivers, and forests framed by snow-peaked mountains, luxuriant river valleys, and deep water fjords. The foreland is a food- and habitat-rich corridor for hundreds of thousands of migratory birds that include over 300,000 shorebirds and hundreds of sandhill cranes, raptors, and swans.

Songbirds enliven the predominately spruce forests and muskegs of Yakutat, and rare birds often pass through from unusual places. Coastal brown bears, black bears, moose and bald eagles are commonly seen in and around town. Black-tailed deer, mountain goat and the elusive wolverine also inhabit the area. Humpback, gray, orca, beluga, and minke whales have been spotted in Yakutat Bay as well as harbor porpoise, harbor seal, and sea otter. 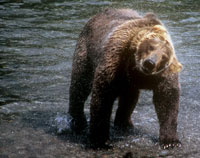 Look for wildlife while hiking Yakutat’s many trails or canoeing and kayaking its rivers, estuaries, bays, and fjords. Or get up close and personal with marine life while surfing the breakers that have earned Yakutat a reputation among surfers as a world-class destination.

For more information on Yakutat and the surrounding area, visit the websites of the USFS Yakutat Ranger District, Southeast Alaska Trail System, and Yakutat Chamber of Commerce.