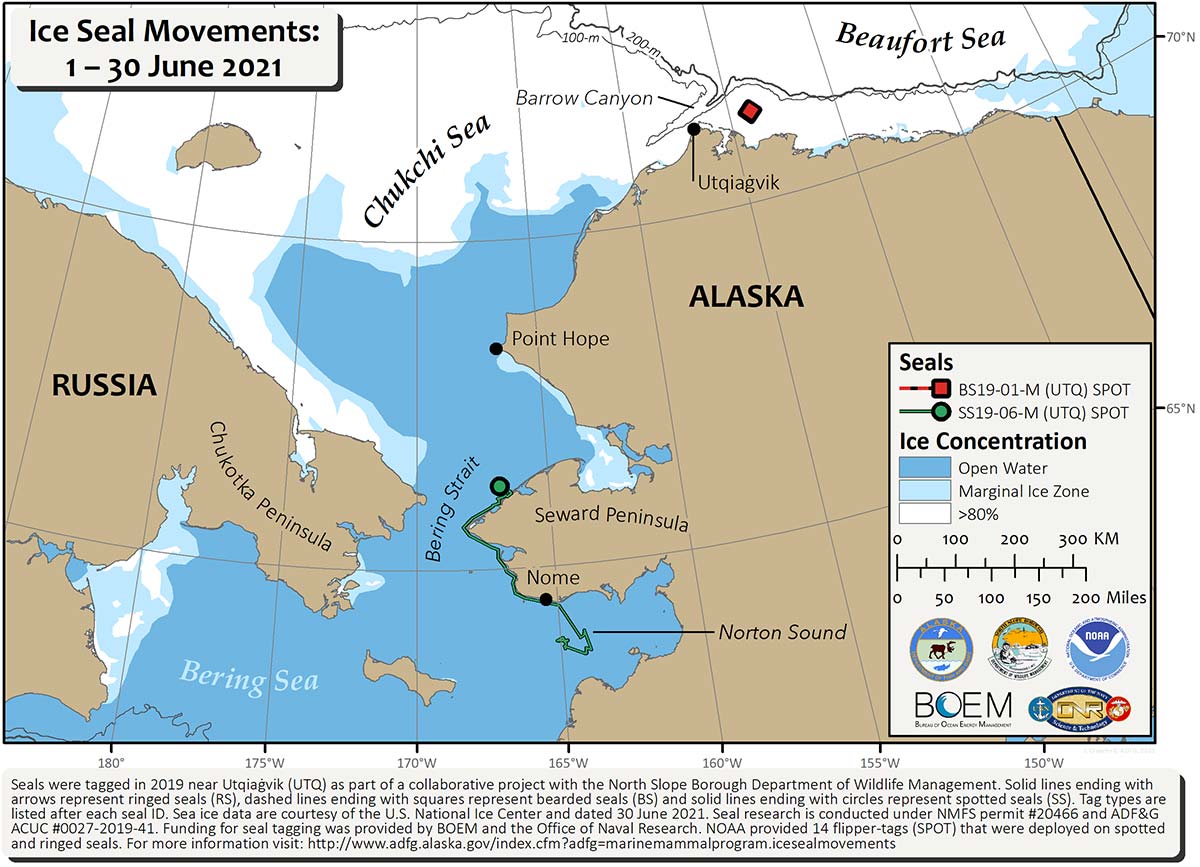 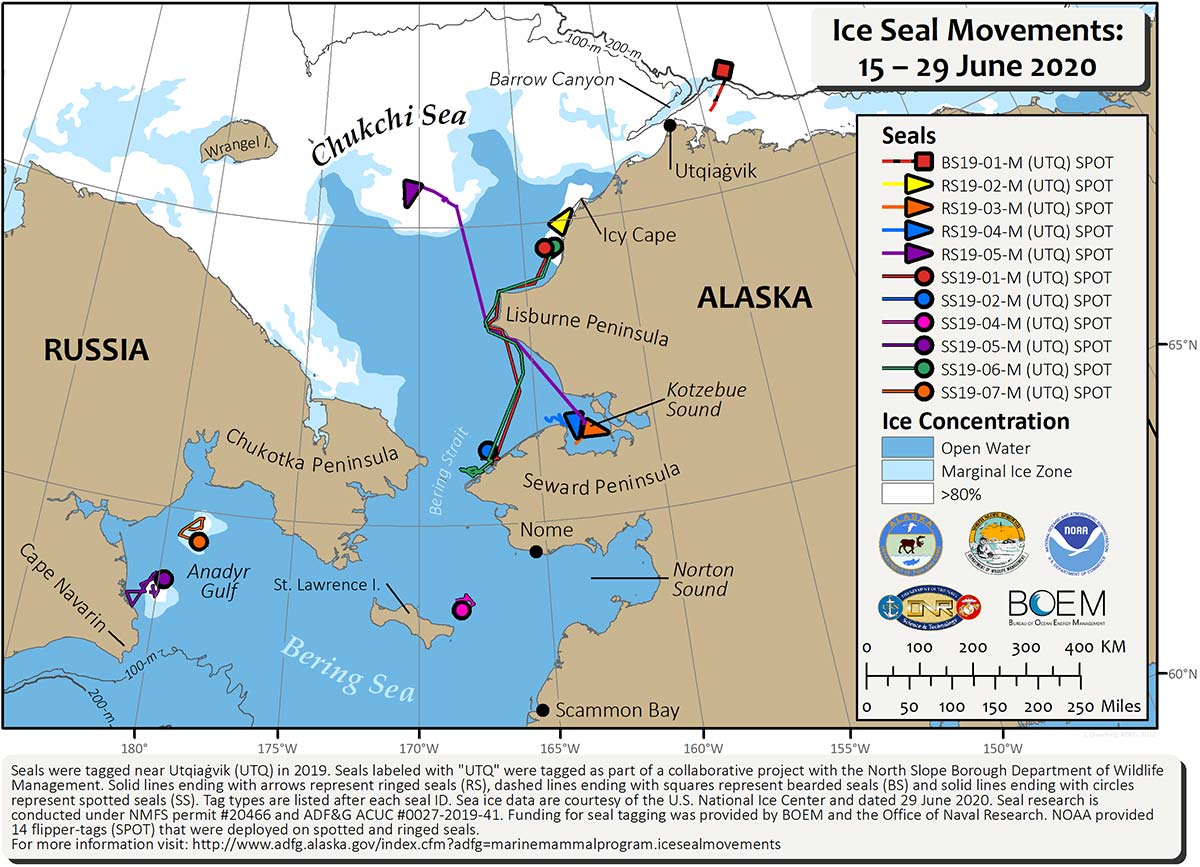 These seals were tagged during the summer and fall of 2019. As expected, the primary tags we epoxied to their backs have since fallen off during the annual molt this spring. The locations we are currently receiving are from the SPOT tags we attached to their flippers. Because SPOT tags are attached to their flippers we only receive locations when the seal has hauled out of the water, either on sea ice or land. Sea ice data are courtesy of the U.S. National Ice Center, dated 30 June 2021 (https://usicecenter.gov/Products/ArcticData).

Animation of Seal Locations and Sea Ice in 2016

Animation of Seal Locations and Sea Ice in 2016
See the locations and watch the movements of bearded seals, ringed seals, and spotted seals equipped with GPS tracking devices in the Bering, Beaufort and Chukchi seas.