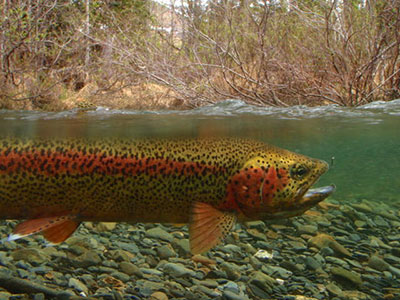 Deep in the West, under a secret rock in a cool stream, lies a prize worth finding.

The team at WNTI spent more than three years developing this special program with fish and wildlife state agencies, including the Alaska Department of Fish and Game, to carefully select the locations and trout species you can catch responsibly thoroughout the 12 participating states.

The 12 states where these beautiful fish can be found are Alaska, Arizona, California, Colorado, Idaho, Montana, Nevada, New Mexico, Oregon, Utah, Washington and Wyoming. The state fish and wildlife agencies in each of the 12 states are partnering on the effort, along with the U.S. Forest Service, the federal Bureau of Land Management and Trout Unlimited. 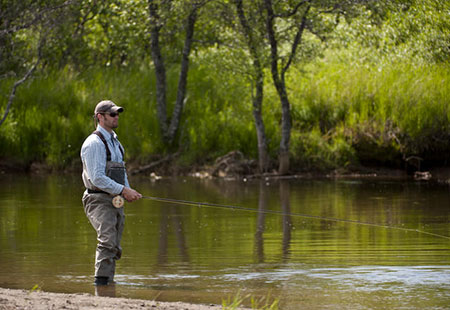 “We are excited to showcase some of Alaska’s exceptional native fish species as part of this challenge,” said Dave Rutz, director of the Alaska Department of Fish and Game's Division of Sport Fish. “Alaska is known world-wide as an angler’s paradise. We hope anglers who participate in this challenge use this opportunity to explore Alaska’s vast waterbodies to knock a few species off their list. Get out and fish!”

Get guidance, maps, and rewards by signing up each participant at $25 per person 18+ (free for 17 and under) for the program. The vast majority (92%) of the fee will help save the trout you love for generations to come. It’s a wonderful opportunity to help conserve these beautiful species, in beautiful places, at your own pace. 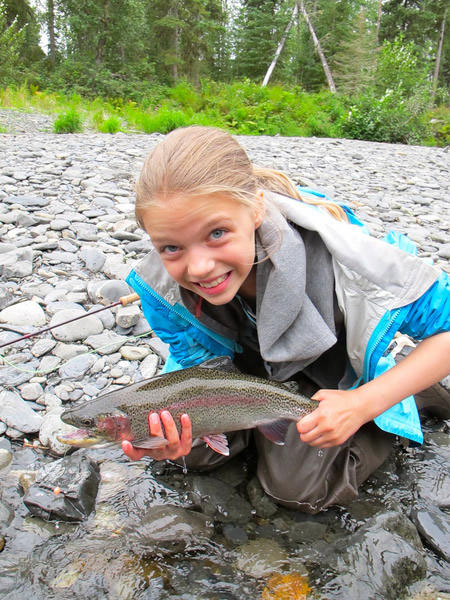 Learn more, and register to play.

Therese Thompson is the Coordinator for the Western Native Trout Initiative, a program of the Western Association of Fish and Wildlife Agencies and National Fish Habitat Partnership. She spends her spare time exploring and photographing the outdoors near her Colorado home with her husband and two sons.