Beyond BOW Bounds Back to Southeast Alaska 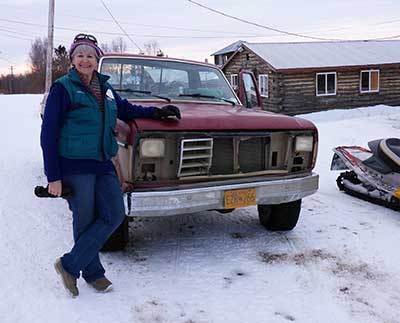 The first time a Becoming an Outdoors-Woman workshop was hosted in Southeast Alaska, it was held under water by most accounts. In the canoe class, the women who fell out of the boats were just as wet as those who never went near the water.

“At first, we thought the workshop had flubbed,” Harms said. “But in the end it gelled, and even though it poured rain, the only complaints I heard were not from the participants, but from the instructors.”

Harms is one of the individuals responsible for bringing BOW to Alaska, and has since retired after working for the Alaska Department of Fish & Game for 35 years. She was a big part of making that first Southeast Alaska workshop happen, as well as many other BOW workshops in Alaska, which kicked off in 1995. When she wasn’t managing Creamer’s Field Migratory Waterfowl Refuge and the Fairbanks Hunter Education Indoor Shooting Range, she was building a program that she said “was ripe for Alaska.”

The aim of the workshops, which have continued to grow in popularity ever since the ‘90s, is to help women feel comfortable doing things like fly fishing, hunting, dressing a deer, navigating with a GPS, running a snowmachine, riding horses, using a chainsaw — all things that don’t always come naturally, but all things that have both recreational and practical applications on the Last Frontier.

“It’s amazing because people (at BOW) are just like sponges … they want to know more,” she said. “(But) it’s not just about making adults feel good outside, (I realized) this is the way to lead a whole new generation.” 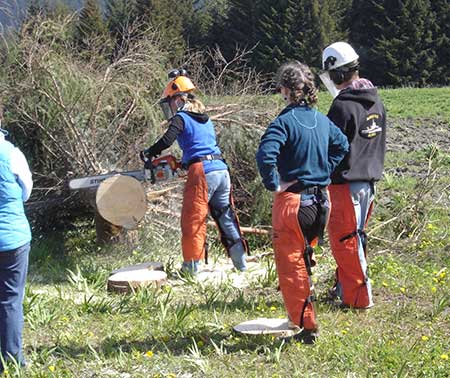 Learning to use a chainsaw.

Workshops strive for a noncompetitive atmosphere, one that is positive, supportive and empowering, Harms said.

BOW classes are introductory. The goal is to break the ice; firearms and chainsaws are intimidating to beginners. The intent is not to create experts, but to open the door. But over time, BOW participants began asking for follow up classes. So Harms and other BOW coordinators, like Tracy Smith and Kirk Lingofelt, both in Anchorage, began offering “Beyond BOW” courses as a way to feed a rapidly-growing group of confident women hungry for more outdoor instruction.

“Some women think Beyond BOW courses are strictly advanced,” Smith said. “But that’s not necessarily the case. Sometimes, you simply cannot teach a certain subject in only 3.5 hours.”

She offered up clam digging, as an example.

“The success of that course depends on the tides, and the location and so many other factors — it is not always a good fit in the traditional workshop setting,” she said.

But as a Beyond BOW course, it’s just right.

This year, Beyond BOW courses are bounding back to Southeast after a short hiatus. Smith said about five years ago Lingofelt did a Mobile Shooting Sports tour through the region, and offered women in communities like Skagway, Juneau, Petersburg and Wrangell, to name a few, the opportunity to hone their firearm skills. They were very popular, she said. 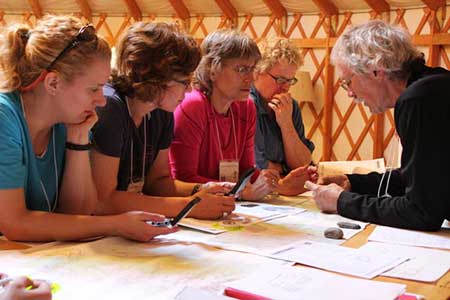 This year, the first Beyond BOW offering is a simple Hunter Education Course, which aims to dispel any uncertainty and discomfort around firearms, and the course satisfies a prerequisite for the annual spring Southeast BOW workshop, happening May 13-15. Most Beyond BOW courses are like the hunter education course — a single day, or sometimes just a few hours. This layout differs from the multi-day, summer camp-like setting of traditional BOW workshops. Other Beyond BOW workshops planned for the Southeast region include Fly Tying, Upland Bird Hunting, Firearm Care and Psyched about Silvers in Juneau. In Ketchikan, two Beyond BOW courses are happening in late April, Firearm Safety and Step into Shotgun.

Smith thinks offering a women-specific hunter education course is a wonderful opportunity, and said “it just opens up so many other avenues.”

“It’s just giving women that little push, and exposing women to others who are in the same place,” Smith said. “It can change lives. I’ve seen it. It can alter single parent households, for example, by opening up new opportunities for families to grow together.”

In short, BOW and Beyond BOW courses can be a powerful force that can provide “a launching point, giving them just enough skills to go and do it themselves.”

Kristen Romanoff, the coordinator for BOW in Southeast Alaska, said in the short amount of time she’s planned BOW and Beyond BOW workshops in the region there’s been a slight, but recognizable shift in the type of women these courses are attracting. 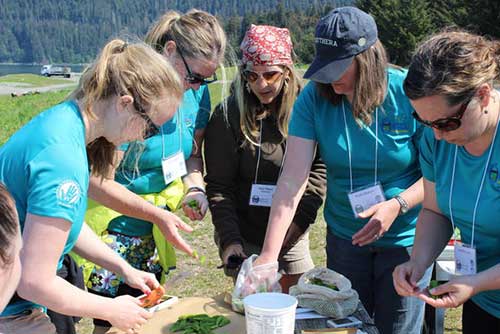 “(Often) I was seeing moms coming to BOW with their adult daughters,” she said. “Now, I’m seeing a mixed age group … I’m seeing these young people who have grown up in Southeast and have gone off to college, and are now coming back … they are coming in friend groups to BOW.”

Romanoff sees Beyond BOW courses as a chance to help grow those friend connections that are so important for young adults, and those connections formed at BOW.

“You have women who come to BOW, and by the end of the weekend are talking about all the things they’ll do together. And so we just want to support those efforts,” she said. “Because outings are not always a walk in the park; we want people to safely go out and have amazing outdoor experiences.”

It’s safe to say the future of BOW and Beyond BOW, in not just Southeast, but throughout the entire state is one that will continue.

“The success of BOW in Alaska is tied to the fact people have skills and knowledge they want to share,” Romanoff said. And that’s the beauty of it, she said, we have locals working with locals.

Harms sees the workshops and classes as the best way to break down barriers and get people enjoying what Alaska has to offer.

For more information on BOW workshops and Beyond BOW courses happening this year, go online to http://bow.adfg.alaska.gov.