Sockeye on the (shrimp) fly 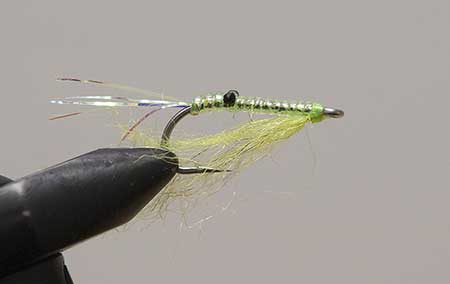 Last June I stood knee deep in the clear, rushing water of the Russian River eyeing a school of about 60 sockeye salmon tucked in a small back eddy on the edge opposite of me. Just below the school, standing on a rock, an angler readied himself for another cast. I watched him lift the rod tip high and cast the fly he was using into the school. I could see the fly drift in the water. It was about three inches of fluorescent yellow bucktail tied to a long-shank hook. It passed through the school like smoke through an open window. He made another cast. And another. And another. Each time aggressively slapping the water with the sopping-wet fly. Each time the same result – no takers.

Few natural occurrences in Southcentral Alaska bring people to the water faster than a strong run of sockeye. Probably the two most popular sockeye fisheries in Southcentral occur on the Russian River and the Kenai River. And for good reason. These rivers are easily accessible via the road system and consistently produce magnificent numbers of sockeye returning to their spawning grounds.

The Alaska Department of Fish and Game monitors sockeye runs to both the Russian and the Kenai each year. Sockeye that spawn in the Russian River enter the Kenai and travel roughly 75 river miles to find the Russian River. The weir on the Russian River is located at the outlet of Lower Russian Lake, which is roughly 78 miles from the mouth of the Kenai River. According to information on ADF&G’s website, “it takes approximately 7 to 10 days for sockeye salmon to travel from the lower Kenai River to the weir depending on water levels. Travel times are estimates and can vary significantly from this depending on conditions.” Typically, sockeye begin passing the Russian River weir sometime in the first week of June. By regulation, the Russian River opens to sockeye fishing on June 11. Fish counts are posted daily and can be viewed on ADF&G’s website here: http://www.adfg.alaska.gov/sf/FishCounts/index.cfm?ADFG=main.displayResults&COUNTLOCATIONID=13&SpeciesID=421

The Kenai River late-run sockeye salmon sonar is located approximately 19 miles upstream from the mouth of the Kenai River. The estimated travel time for sockeye salmon to reach this site once they have entered the Kenai River can be quite variable, ranging from approximately 24 hours to 72 hours. Counts are updated daily, beginning July 1 and are posted here: http://www.adfg.alaska.gov/sf/FishCounts/index.cfm?ADFG=main.displayResults&COUNTLOCATIONID=40&SpeciesID=420 . The majority of these sockeye spawn in locations throughout the Kenai River system or its tributaries. 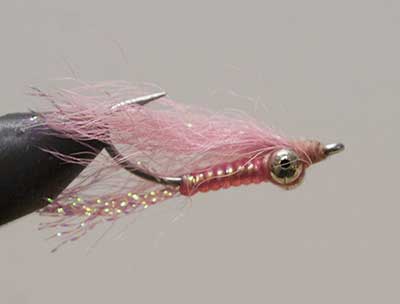 The Russian River and a section on the Upper Kenai River are considered “fly-fishing only” waters from June 11 through August 20. The Sanctuary Area on the Kenai River is an exception in that the area is closed to all fishing May 2 through July 14. When the area opens to fishing on July 15, it is a “fly-fishing only” water through August 20. The Sanctuary area is defined by ADF&G markers located just downstream of the Kenai-Russian River Ferry crossing and about 300 yards upstream of the public boat launch at Sportsman’s Landing—including the waters around the upstream end of the island in front of the Russian River mouth and the Russian River from its mouth upstream about 100 yards to ADF&G markers.

In “fly-fishing only” waters, angling gear is restricted to the use of one unweighted, single-hook, unbaited fly with a hook gap between point and shank of 3/8” or less. The fly must weigh less than ¼ ounce. If weights are used, they must be at least 18” above the fly. An artificial fly is defined as, “a fly which is constructed by common methods known as fly tying, including a dry fly, wet fly and nymph, which is free of bait. Materials and chemicals designed and produced primarily to cause the fly to float or sink may be used on artificial flies.”

One of the most commonly used fly patterns on the Russian River is the “Russian River Fly.” Some refer to this fly as the “Russian River Coho Fly,” which is a bit misleading because it’s used primarily to target sockeye, not coho. The fly is traditionally constructed out of any variation of color of bucktail or synthetic materials. These tend to be larger flies, measuring anywhere from three to four inches and are tied commercially and sold at most sporting goods stores throughout Alaska. Several variations of the pattern are also tied and used by recreational anglers. A quick online search under “Russian River Fly” produces countless online images, videos and discussions of this pattern. 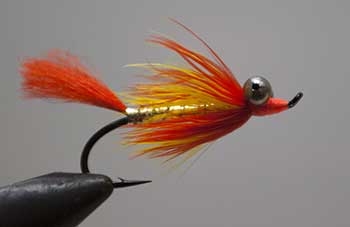 The angler I stood watching was among many that day tossing this ubiquitous pattern to schools of skittish sockeye. I was fishing on the upper reaches of the Russian, maybe a few hundred yards below the markers near the falls that prohibit fishing past that point. I tried to imagine how many “Russian River Flies” these sockeye had seen on their journey thus far. Probably hundreds, if not thousands.

The river ran cold and fast. Anglers made cast after cast. I could tell the failed attempts of the angler atop the rock were wearing his patients thin. Ultimately, he moved on, foregoing the reluctant school of tight-lipped chromers.

I motioned forward, steadying myself amid the strong current. I peeled line from my reel, arched the rod tip high and cast. The fly dropped about 20 feet above the school. I mended the errant line and watched as the fly drift passed the mass of fish. The line stopped. I felt a small tug. I set the hook. The fish turned and sped downstream as the song of the drag echoed across the clear stream. I pulled back. Tightened the drag, turned my rod tip to the side—white knuckles across the cork handle.

Minutes later the bright fish was resting in a net. I took to shore, laid the silver-scaled flesh against the dense grassy bank. The hook lodged securely in the upper jaw, just past the gum-line. My knife slid easily under the gill-plate and with a prominent turn of my wrist, blood the color of a rare morning sunrise flowed down the metallic side.

I fished the same school with the same shrimp pattern, and within a half-hour I had a limit. Each fish had taken the fly deep in its mouth.

Ryan Ragan is a writer, outdoorsman and information officer with the Alaska Department of Fish and Game.