Who Hunts for Alaska's Big Game? 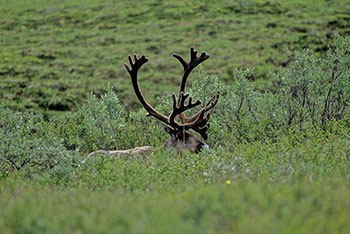 Alaskans take home the vast majority of the caribou harvested in the state.

At the end of hunting season, who takes home Alaska’s wildlife? Is it residents or out-of-state hunters? The answer depends on the animal – many brown bears head out of state, most moose and caribou are eaten by Alaskans.

Nonresident hunters harvested only 755 caribou in Alaska in 2012. Residents in general season and draw hunts took about 6,752 caribou, but the harvest by Alaskans is estimated to be at least 22,000, and probably more, since that estimate is conservative. In many parts of vast, rural Alaska, resident and subsistence hunters are not required to report caribou harvest. It’s safe to say Alaskans harvest at least 97 percent of the caribou taken.

Alaska has an estimated 30,000 brown bears statewide. Harvested bears must be sealed – inspected by Fish and Game or a representative – and the information gathered helps with management. Sealing records show 1,325 brown bears were harvested in 2012, 654 by nonresidents and 671 by residents 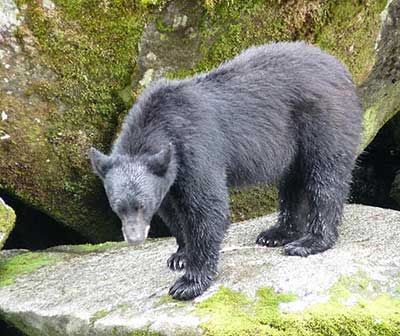 Nonresident hunters take about one-third of the black bears harvested in Alaska. Photo by Boyd Porter.

Kodiak Island, the Alaska Peninsula and Southeast Alaska’s Admiralty, Chichagof and Baranof islands provide the most brown bears. Some areas, such as the Alaska Peninsula, have every-other-year seasons for brown bears and that affects overall harvest numbers. An “on” year can be 30 percent higher – 2,086 brown bears were harvested in 2011, quite a bit more than the 2012 harvest of 1,325.

There are an estimated 100,000 black bears in the state of Alaska. Between 2003 and 2007, harvest of black bears steadily increased, from about 2,460 to 3,252. That trend concerned wildlife managers, especially in some areas where nonresident harvest was already high and increasing. On Prince of Wales and adjacent islands, the harvest in that period was about 450/year, and about 80 percent were taken by nonresident hunters. That led to changes in the way bears are managed in Southeast. 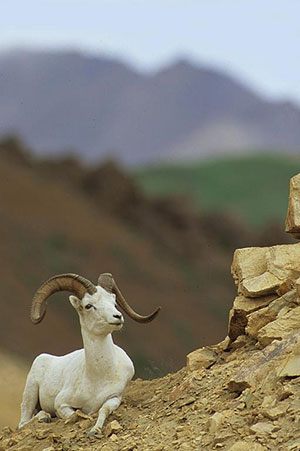 Dall sheep are popular with nonresident hunters; about 650 sheep were harvested in Alaska in 2012. Photo by Jeff Mondragon.

Riley Woodford is the editor of Alaska Fish and Wildlife News and the producer of the “Sounds Wild” radio program. He can be reached at riley.woodford@alaska.gov