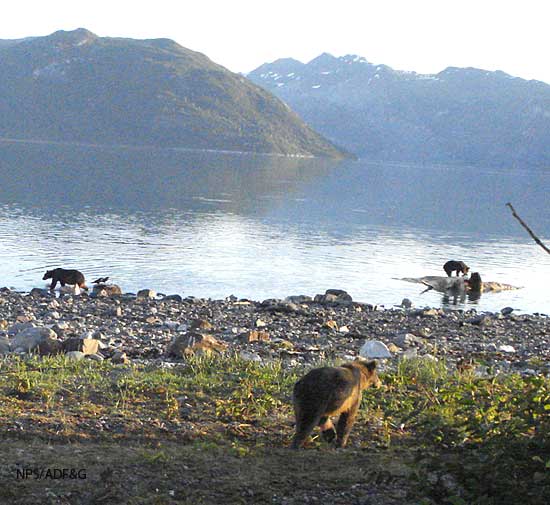 Four brown bears - two are on the whale carcass, which is being inundated by the rising tide.

A few extra "scavenger camera" pictures were requested, and I'm trying a bit larger format so its easier to see the bears and wolves. 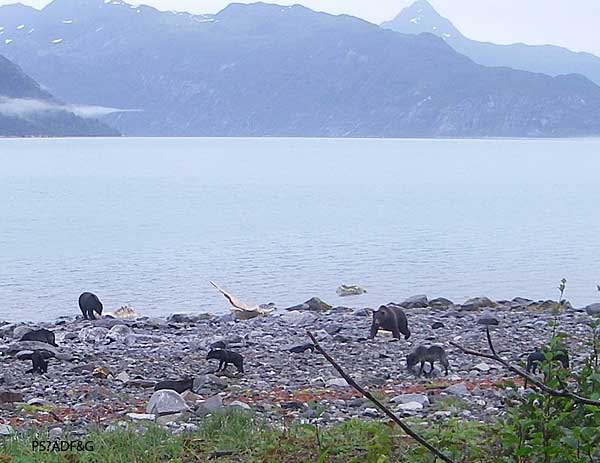 A larger version of the bears and wolves image. 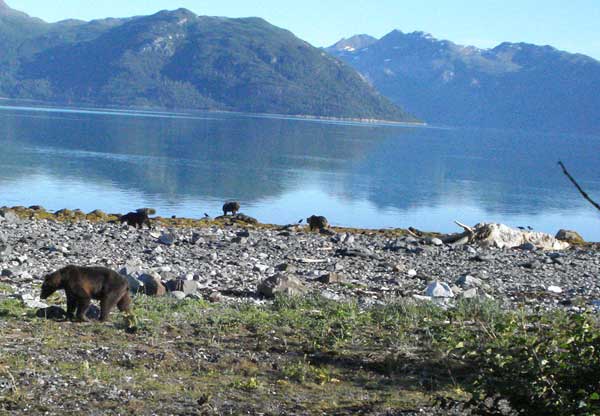 Four brown bears on the beach. The tide is out so the carcass is fully exposed. The whale is lying head to the left, and the curved bones on the left side are the mandibles.