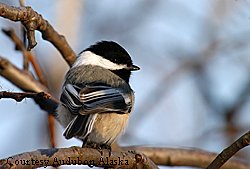 The interactive website benefits backyard birders and biologists, said Rich Capitan, an education specialist with Audubon Alaska. A real-time online monitoring tool that allows citizens and scientists to look at trends, abundance, distribution and seasonal activity of birds, eBird also helps birders of all skill levels compile and better understand their own observations.

“You can do as much as you want with eBird,” Capitan said. “You can organize your own data, get charts and graphs out of it, make maps, summarize observations, and list your own stats. It’s a nice way to organize and keep your own checklists.”

The website, at http://ebird.org/ak/provides services to birders, and allows birders to share observations with scientists and other birders. Registration takes about a minute, and creates a personal account, My eBird.

“It’s easy as 1-2-3, you register, you create checklist, and you submit it,” Capitan said. “It’s as easy or as complex as you want it to be. It suits your armchair birder and your hardcore power birder.”

A cooperative venture between the Cornell Lab of Ornithology, Audubon Alaska and the Alaska Department of Fish and Game, eBird Alaska was launched in May 2007. The program was introduced in 2002, and a number of states now have their own eBird sites, as does Mexico, Canada, Puerto Rico and the Virgin Islands.

The online checklist program has revolutionized the way the birding community reports and accesses information about birds, according to eBird.org. eBird’s goal is to maximize the use and accessibility of the vast numbers of bird observations made each year by recreational and professional bird watchers. In 2006, participants reported more than 4.3 million bird observations across North America. 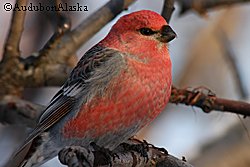 eBird’s goal is to maximize the use and accessibility of the vast numbers of bird observations made each year by recreational and professional bird watchers. Photo by John Schoen.

Capitan said eBird has filters in place to monitor information that is submitted. “If someone submits something like a flamingo at the Mendenhall Glacier, it’ll flag it with something like an error message – ‘Are you sure? That’s really, really rare.’ Then local birders will be alerted, these are state reviewers who would contact the person and research that. Also, then at Cornell, the higher-ups there will check it out. It would be pretty hard to fool the system.”

In addition to the tools, the eBird Alaska website also offers regional articles on birds and birding. Capitan, based in Anchorage, wrote an article on rusty blackbirds in Alaska.

“We’re trying to get people to provide observations of rusty blackbirds,” he said. “That’s a population that has declined 90 percent in last 40 years. Science doesn’t really have a good handle on migratory patterns and things like that. With this massive decline, they’re trying to figure out what is going on.”

Audubon Alaska is encouraging people to submit information they’ve collected over years of observing birds. Many birders observe and note bird activity throughout the year over a period of many years, often at favorite birding sites. This creates a database that can be submitted to eBird and benefit scientists.

Capitan said eBird can serve Alaskans traveling Outside. An Alaska birder going to Texas for a few weeks in the winter in search of some special birds, for example, can use the site to help find them. “You can put in the dates you’ll be there, look at peak seasons for the species, see where to go, birding hotspots, and even download Google maps.”