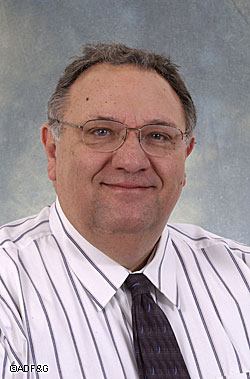 In Alaska, it is not uncommon to see a moose calf wandering around without its mother. Sometimes, the cow is just a few feet away hiding in the brush. Other times, she is nowhere to be found. When Alaskans see any lone, young or injured animal, it tugs at their heart strings. Their immediate and instinctive reaction is to call the Alaska Department of Fish and Game to ask them to rescue or save the animal, which, they argue, would not likely be able to survive on its own.

In a state such as Alaska, where fish and wildlife are abundant, it seems as though there is always an orphaned or injured animal making headline news and fueling phone calls to the department asking us to come to the assistance of the animal. When practical, the department responds to such calls. Over the years, we have spent considerable resources extracting animals from difficulty and placing orphaned or injured animals in zoos or other appropriate organizations.

But while saving these animals makes us all feel good, it is not the main job of the department. Our primary role, as outlined in the Alaska Constitution, is to manage wildlife at the population level and provide for the sustainable use of those wildlife populations for all users.

The department and the Board of Game are often asked to change hunting regulations or close hunting seasons to protect individual animals or small groups of animals because they are readily identified and often observed by people. Recent examples are pleas to protect white moose, a white-colored black bear, a wolf near Juneau and the East Fork wolf pack near Denali National Park.

The department promotes wildlife viewing through numerous programs because it is an important and legitimate use of our wildlife resources, but we (or the Board of Game) very rarely take action to protect individual animals. It is simply not practical in most cases, and is not in keeping with our mission to successfully manage wildlife populations as a whole for sustainable use.

The Department cares very much about the health of wildlife populations. We research, monitor and responsibly manage many populations of big and small game, fur bearers and birds to ensure these resources remain healthy and abundant. The Division of Wildlife Conservation has a wildlife veterinarian who studies and tracks wildlife diseases through blood and tissue sampling to help keep our populations healthy. We have restrictive regulations about the importation of exotic wildlife or fish to protect our indigenous species from disease or invasive threats. Additionally, we work with several animal rehabilitation organizations that restore injured raptors or marine mammals to good health.

All of these measures are part of the department’s responsibility to manage wildlife populations for Alaskans. To spend public funds and staff time on the hundreds of single animals that become orphaned and stranded in Alaska, or because a wild animal or group of animals is located near people, would be irresponsible. It’s like tough love - when it’s not practical we have to say no to orphaned cubs or stranded moose in order to keep our eyes on our responsibility to maintain healthy wildlife populations for all to enjoy.

Wildlife biologist Wayne Regelin is a Deputy Commissioner at the Alaska Department of Fish and Game, and formerly served as director of the Divison of Wildlife Conservation.