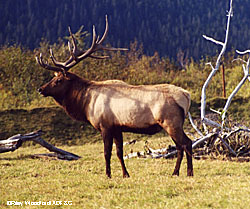 Fish and Game biologists keep an eye on captive wild animals as well as exotic pets brought into Alaska. Photo by Riley Woodford

Bengal cats, emus and sugar gliders - not caribou, salmon or deer - are the issue for some biologists at the Alaska Department of Fish and Game.

“I just got a call about a monkey on Friday, and another on Serval cats today,” said biologist Ryan Scott. “Monkeys are bad news, they carry some really nasty diseases.”

Scott is a wildlife biologist charged with overseeing some of the administrative aspects of wildlife biology for the Division of Wildlife Conservation. That includes issuing permits for folks who want to bring exotic animals into Alaska – for pets or for exhibit – and for people who want to keep Alaska wildlife in captivity. Based in Juneau, he and biologist Tim Peltier investigates reports of exotic animals in Alaska, ranging from little rats to large cats. Peltier and Scott dealt with a woman last year who was illegally breeding emus; five-foot-tall, 100-pound flightless Australian birds. She was also in possession of illegal Serval cats; big-eared, long-legged African cats that weigh 25 to 40 pounds and look like small cheetahs. This spring Peltier worked with animal control officers who had collected a bunch of illegal domestic rats from a pet store in Fairbanks.

Peltier said many states are struggling with issues related to exotic animals: they can spread diseases to people and native animals and escape and compete with native species. Florida is now trying to deal with escaped pet boas and pythons that are breeding in the everglades. And every year, people are bitten, mauled and killed by exotic pets ranging from monkeys to tigers. “Texas has these bizarre African antelope species that have escaped into the wild – ranchers imported them to game farms for people to shoot, and they got loose,” Peltier said. “Earlier this year, a pet tiger killed its owner at home in an apartment in New York.” Exotic pets are not that unusual. There are 5,000 to 7,000 tigers kept as pets in the United States - more than the wild population in Asia, according to the Humane Society of the United States. In addition, there are at least 10,000 other large cats, 8.8 million reptiles and at least 3,000 great apes kept as pets in the United States, some legally and some illegally, according to the Captive Wild Animal Protection Coalition. Laws on keeping, breeding and selling exotic imports vary from state to state. Some states ban exotic pets, other states simply require permits for their possession, and some states have very few restrictions at all. In Alaska, it’s illegal to possess live game animals such as bear or deer, without a permit, and it’s illegal to introduce or keep exotic animals in Alaska without a permit. Alaska has a “clean list” of animals allowed in the state without a permit. This includes animals traditionally kept as pets – dogs, hamsters, Guinea pigs and such - and common domestic “farm” animals such as swine, fowl and goats. The clean list includes some unusual animals such as chimpanzees, one-humped camels, alpacas, llamas, ferrets and African pygmy hedgehogs.

A few minutes on the Internet demonstrates the extensive popularity and availability of exotic pets. Dozens of breeders and importers advertise their products, and websites offer advice about care and handling. Some chat rooms and web sites lament the restrictive laws governing possession while others discuss the dangers and problems these animals pose. Peltier said the most common exotic animal he gets requests for are sugar gliders, an Australian marsupial resembling a cross between a flying squirrel and a big-eared opossum. They are illegal in Alaska, California, Georgia, Hawaii, Massachusetts and New York City, but legal in many states. “There have been so many problems associated with the introduction of exotic and invasive species,” Peltier said. “There is the potential for some marsupials, like sugar gliders, to carry hoof and mouth disease, and that could decimate wild populations.” 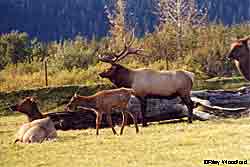 Elk at the Alaska Wildlife Conservation Center. Elk are not native to Alaska, and biologists are mindful of the potential problems that have occurred with imported animals. Photo by Riley Woodford

Rats cause the greatest number of violations in Alaska, Peltier said. By law, only albino white rats are permitted as pets in Alaska. Some pets stores have been found to carry multi-colored rats, which are essentially domesticated Norway rats. Rats have caused tremendous problems world-wide as an invasive species. They have decimated some populations of wild birds by eating the birds and their eggs, they compete with native species, spread disease, and cause billion-dollar economic losses by consuming and fouling food supplies. Rats have been introduced to some parts of Alaska and eradication and control efforts are underway. Exotic cats are becoming more widespread as pets, some are wild breeds and some a hybrids. These animals are significantly larger than housecats. The Savannah cat emerged as a cross between a domestic cat and a wild Serval feline found in South Africa. The Bengal cat is a cross between the Asian leopard cat and the domestic housecat.

The other side of the issue is people wanting to keep wild Alaska animals as pets. “We get lots of requests for lynx and bobcats, people want to keep them as pets,” Scott said. As a rule, wild animals don’t make good pets. Peltier said people overestimate the docility of wild animals. “They think wolf hybrids are the nicest, mellowest animals, but when they get to be three years old their behavior changes, they become more independent and they have attacked and injured people.”

People want to keep “orphaned” or injured animals, and that is illegal possession of wild game, Peltier said. A big part of the problem is that people collect wild animals that aren’t really orphaned. Often people want to do the right thing, he added, but they don’t really know what they’re doing when they ‘rescue’ a wild animal or try to rehabilitate an injured animal. “We’re not really short of any wild animals in Alaska, and there is a potential to transfer diseases to wild animals when they are kept in captivity,” Peltier said. “It’s not worth the risk.” A few permits are issued to professional operations that demonstrate legitimate educational purposes, such as the Alaska Zoo and the Alaska Wildlife Conservation Center. Peltier said some people wanting permits to keep wild animals claim the possession is for educational purposes, but there is no evidence to support this.

Peltier and Scott have also been approached for permits to keep nuisance bears. Some Alaska communities are facing serious problems with nuisance bears, black and brown bears that are habituated to people and human food. Roaming through urban neighborhoods, these bears get into unsecured trash and create messes, damage property, and are potentially a threat to people. Some people have suggested capturing these “garbage” bears and keeping them in captivity, or attempting to re-train them to be wild again. This is not a real solution, Peltier said. “It does not address the problems with people and garbage,” he said. “It seems like an easy out, when the problem is poor waste and refuse management.”

Scott said Alaska is seen as both very restrictive in the eyes of people interested in exotic pets; and as a success to those who wish to preserve indigenous species and habitat. “State regulations are very clear on which species are legal,” he said. “We appreciate folks who call to find out if a prospective pet is legal and encourage those with questions to contact us.”