The hooting was incessant, and a small crowd of tourists gathered on the nature trail near the Mount Robert's Tram near Juneau last spring. They pinpointed the tree that seemed to be the source, but they couldn't spot the bird.

“Nope. It's a grouse,” countered a passing youngster. They were clearly skeptical. Unable to find the hooter, the tourists ambled down the trail. The boy and his father circled the uphill side of tree until they spotted the ...   Grouse ArticleContinued

Southern Southeast Alaska - Prince of Wales and a few adjacent islands - may be the only place on Earth where spruce grouse occur in a temperate rainforest.

“This is unique. Spruce grouse are not generally thought of as a coastal rainforest species, they're not even associated with it,” said biologist Amy Lee Russell. “No other spruce grouse occur in this kind of ecosystem.”

Rats have long profited from their close association with humans, tagging along as people colonized the Earth. This “commensal” trait is just one of the qualities that have helped rats and mice spread throughout the world.

“Almost any rodent can cause problems, but the commensal species are the ones you hear about, the ones that live around people, and most importantly around transportation,” said biologist Peter Dunlevy, whose career has focused on invasive ...   Rat facts ArticleContinued

Joe Meehan was fighting rats at home before it became part of his job.

“I caught 45 rats in two weeks from under my house in Adak, using snap traps,” Meehan said. “After that I started poisoning them, but the things started crawling up into the walls and dying. So I went back to trapping them.”

Meehan worked as a wildlife biologist for six years in Adak, one of the many islands in the Aleutians infested by rodents during World War II military activity. Now based in Anchorage, he's ...   Rats ArticleContinued

Pacific sleeper sharks are actually not sleepy at all. Named for their supposed sluggish nature, sleeper sharks were for many years thought to be quiet bottom dwellers, feeding primarily on arrowtooth flounder and octopus. Recent research by Lee Hulbert, formerly a biologist with the National Marine Fisheries Service and now with the Alaska Department of Fish and Game, revealed that sleeper sharks are not the lethargic bottom dwellers once thought. They spend little time on the bottom. Instead, ...   Sleeper Sharks Article Continued

The Dolly Varden is one of the most beautiful and diverse fish in Alaska. Some spend their entire lives in freshwater lakes or rivers. Others spend part of the year in saltwater, a few months or just a few weeks, but spawn in fresh water. In some populations, only females migrate to sea, growing larger and producing more eggs before returning to their home water and spawning with the small resident males. There are even populations of dwarf Dolly Varden in many parts of Alaska.

Tips for Wildlife Photographers on Guided Trips
A Guide's Perspective 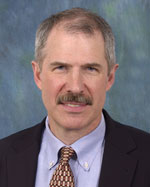 In Alaska, fish and wildlife are intensely important to us, and because of outstanding management since statehood, are abundant throughout our state, even in our urban areas. Everyday I watch eagles outside my office window and a couple of weeks ago I looked up from my desk to see a pack of orcas swimming up Gastineau Channel. It is a rare resident of Anchorage who doesn't have stories of moose in their yard. In downtown Juneau, the trash containers are of heavy gauge steel with special latches ...   Editorial ArticleContinued