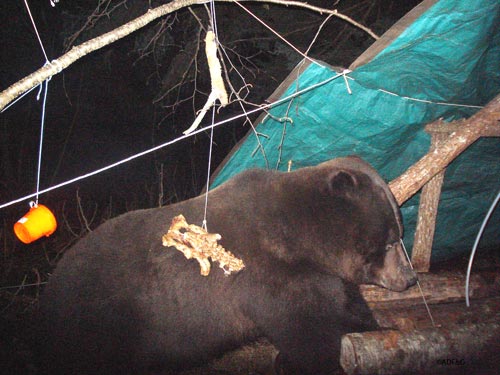 The bear investigates the trap.

Biologists are monitoring animal activity at the site of wolverine live traps and documenting some unexpected visitors. In the first image, Biologists Ryan Scott checks the camera and trap site. The hanging scrap of deer skeleton serves as an attractant, and on the night of March 19, a marten is interested, eventually jumping up on the lure. On April 9 a brown bear, recently emerged from hibernation, comes to investigate the trap, which is closed. Between 8:09 and 8:14 p.m. he bumps the camera and shifts the angle.