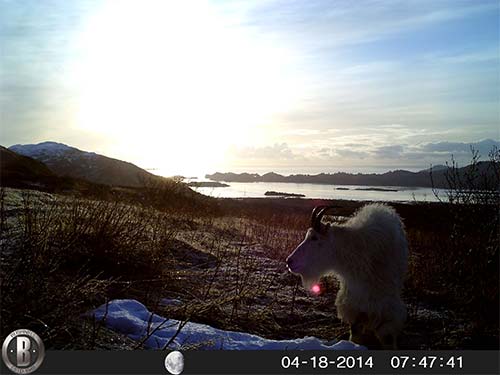 A goat in late April, still at a relatively low elevation. As spring advances and snow melts, goats move to higher elevations and summer in the alpine.

Robin Overall of Kodiak is an avid and skilled trail camera photographer. She shared nine pictures taken on Kodiak, all but one in the spring of 2014. Mountain goats are not native to Kodiak but were introduced in the 1950s and have flourished. Read more about Kodiak Island Mountain Goats at Alaska Fish and Wildlife News.