In compliance with the Endangered Species Act (ESA), the National Marine Fisheries Service (NMFS) and U.S. Fish and Wildlife Service (USFWS) must designate critical habitat for each species under its jurisdiction listed under the ESA. Critical habitat is defined as “specific areas within the geographical area occupied by the species at the time of listing, if they contain physical or biological features essential to conservations, and those features may require special management considerations for protection” and “specific areas outside the geographical area occupied by the species if the agency determines that the area itself is essential for conservation.”

Critical habitat designation was finalized by NMFS on May 11, 2011 for Cook Inlet beluga whales. The area designated is 7,809 square kilometers in size and covers Upper Cook Inlet (including Knik and Turnagain Arms), Kachemak Bay, and the nearshore waters along the west coast of Lower Cook Inlet. A triangle-shaped region of marine waters between downtown Anchorage and Point McKenzie is excluded from the designated critical habitat region. 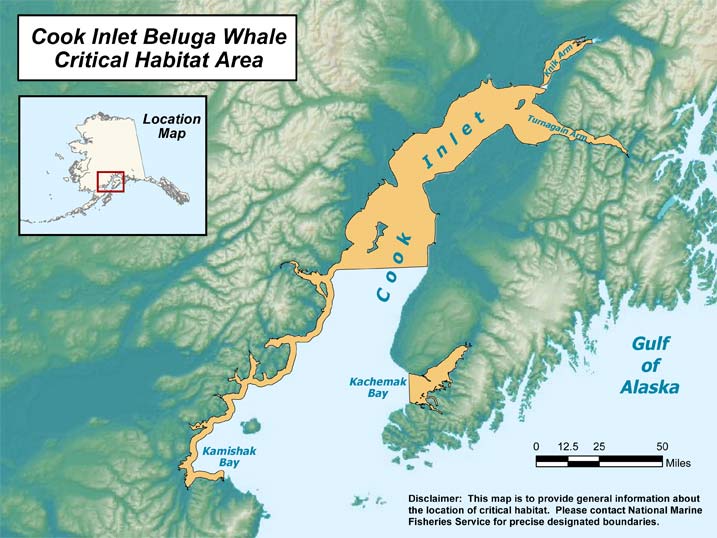