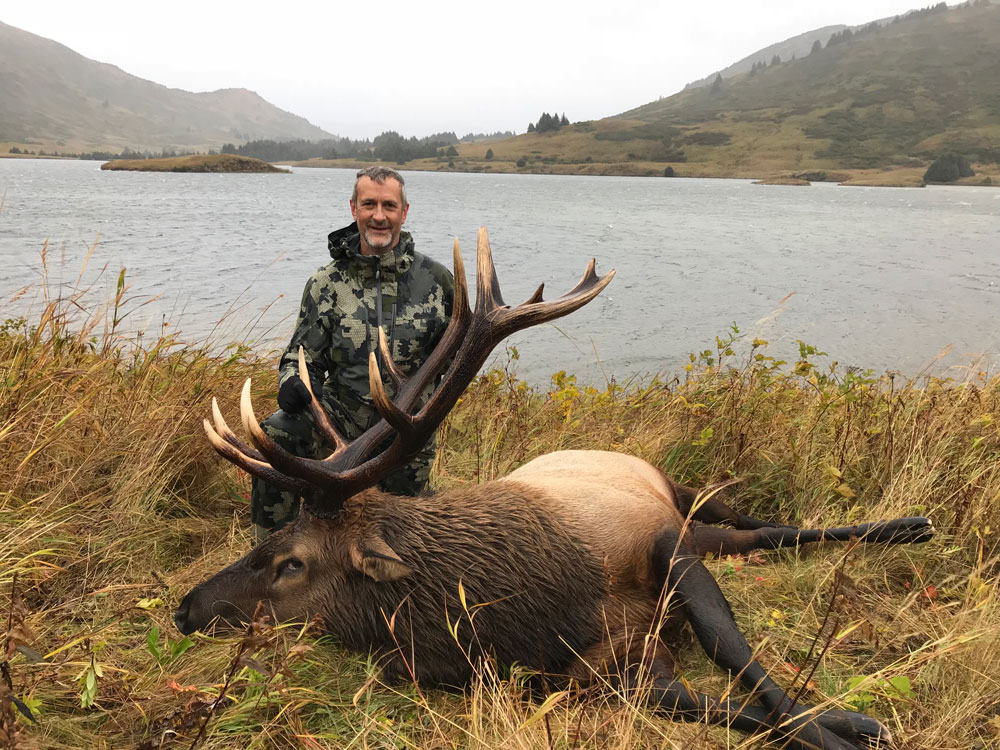 This is a unique opportunity to hunt for Roosevelt Elk on Afognak Island (part of the Kodiak Archipelago), where the largest population of elk in Alaska can be found. Many trophy Roosevelt bulls have been taken in this area over recent years including some that have made the Boone and Crocket record book minimum.

Afognak Island's elk population is stable with healthy bull to cow ratios and good opportunities to harvest a mature bull. Significant portions of the hunt area are private land and require a Land Access Permit to be purchased prior to participating in the hunt. Several transporters in the Kodiak area are available to provide access via boat or floatplane. The area is rugged with thick vegetation and has a considerable road system which includes access and ORV restrictions.