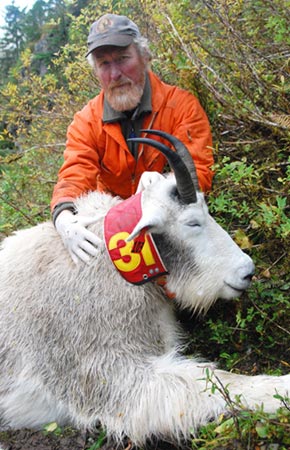 Overall, the area is comprised of 9 very small patches of alpine habitat separated from the coast range mountains by 20 miles of low elevation, unsuitable mountain goat habitat. In the early 1980’s, ADF&G researchers determined that the total alpine complex was inhabited by 50-70 mountain goats with small groups living in each small alpine patch. In recent years, only 4 of the alpine patches were documented to be occupied and the overall population suspected to have declined. Precise aerial survey data from this area is lacking due to the relatively high use of forested habitats, even during summer. Further, it is unclear how much mountain goats move between each small alpine patch and, more importantly, to the larger coast range populations 20 miles to the east. If movement is limited then an extended period of time might be required for animals to re-colonize vacated alpine patches and constrain the overall population resilience and performance, a particular issue for small populations.

In 2009, a small-scale research effort was initiated in order to acquire more precise estimates of population size and distribution (via mark-resight aerial surveys), acquire fine-scale movement information (via GPS radio-collars) and learn about population genetic structure. Overall, 12 mountain goats were captured and deployed with radio-collars (including 5 GPS radio-collars). In addition, morphological and genetic data were collected from captured animals. 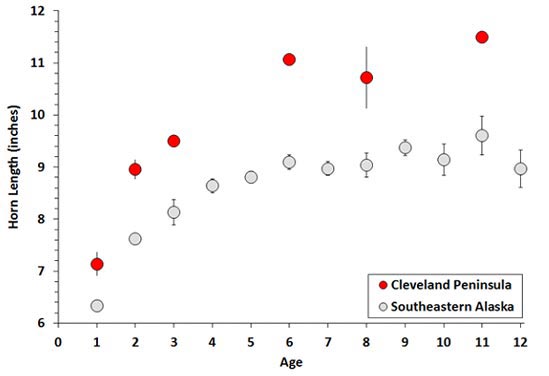 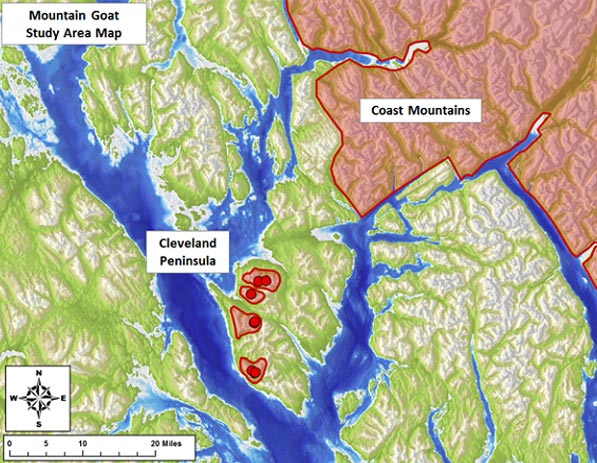 Figure 3. Map of the Cleveland Peninsula study area showing the location where mountain goats were captured.