You are here: ADF&G Home » Species » Living With Wildlife
myADF&G

“Beavers are a keystone species- that is, their presence and activities are so important to an ecosystem that their removal leads to a loss of habitat for other species and a breakdown of ecological integrity.” —Dave Foreman, Rewilding North America, 2004 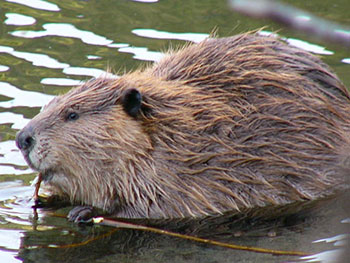 The beaver, Castor canadensis, is the largest rodent in North America. Beaver are industrious engineers that prefer certain woody species of vegetation for food and construction of their dam lodges, which they use for shelter and food storage. Use of woody species for food and shelter modifies streams and surrounding woodlands. Modification often improves the health of crucial life-giving riparian areas. By damming rivers, beaver create still water ponds which increase the amount of water in a given area by allowing water to filter into the ground, thus, raising the water table, recharging aquifers, and improving water quality downstream. Dams can help rehabilitate areas where vegetation has been damaged, while also improving habitat for fish, amphibians, invertebrates, birds, and large land mammals. Beaver also provide a valuable fur resource for humans.

Aside from the benefits beaver provide to the ecosystem, they can also be a detriment to humans coexisting in the same habitat. Dam building can damage nearby lands by causing flooding, tree cutting, bank burrowing, and crop destruction. In Alaska, beaver are moving further north as habitat changes and access to woody plants increases. Complaints in Alaska generally relate to flooding during spring break-up, increasing giardia in the water supply, and decreasing access to traditional subsistence fishing areas by changing water flow characteristics of streams. 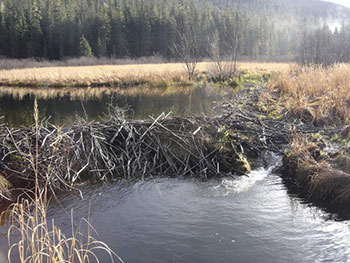 Most of the time, beavers and humans live in harmony. 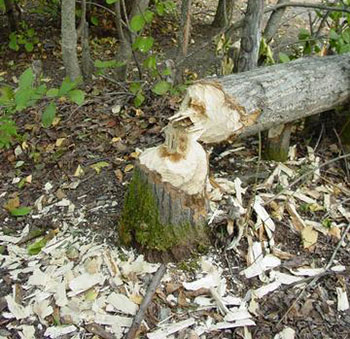 It is possible to control damage done by beaver. Some of the control methods are:

The Alaska Department of Fish and Game can issue out-of-season permits to harvest nuisance beaver. Contact your local ADF&G office for more information.