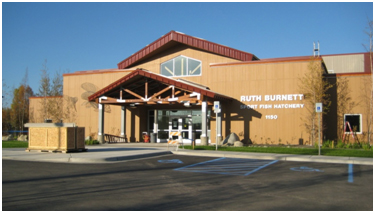 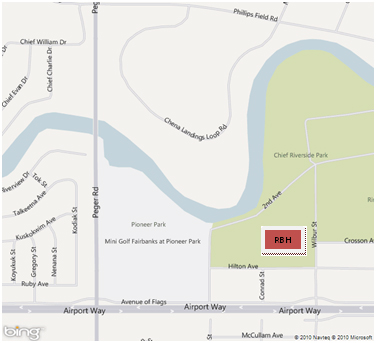 The Ruth Burnett Sport Fish Hatchery, located in Fairbanks Alaska, utilizes modern recirculating aquaculture technology and is owned and operated by the Alaska Department of Fish and Game. Recirculating systems allow for a more efficient use of water resources by allowing conservation of up to 95% of the required water. Rainbow trout, Arctic char, coho and Chinook salmon produced at the hatchery reduce pressure on wild fish stocks, increase sport-fishing opportunities, and provide diversity in sport fisheries throughout Interior Alaska.

To aid in the design of a fish hatchery in Fairbanks, the Alaska Department of Fish and Game began operation of an experimental hatchery in 2004. The data collected was used to determine the feasibility of the new hatchery and measure the impact a fish hatchery would have on Fairbanks regional sport fisheries. ADF&G determined that the fish produced at the Ruth Burnett Sport Fish Hatchery would reduce the pressure on wild stocks, increase sport-fishing opportunity, and provide diversity in sport fisheries throughout the interior. 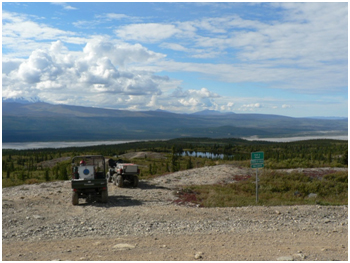 Lake stocking event at Kens Pond off of Coal Mine Road.

When the fish are large enough for release, tank trucks equipped with oxygen are backed into a loading bay within the hatchery, and a fish pump, like a large vacuum cleaner, pumps the fish from the rearing tanks into the truck tanks. The Ruth Burnett Hatchery stocks fish from Fairbanks to Tok to Glennallen, to Nenana, and many points in between. Each week during the summer stocking season our Fish Stocking Updates page is loaded with the most recent stocking information. Fish are also transported to many locations throughout the state by ATV, airplane and helicopter.

This hatchery is 100% funded through user fees: 75% comes from the Federal Aid to Sport Fish Restoration, Dingell-Johnson / Wallop-Breaux program. This program provides funds from federal excise taxes collected on sport fishing tackle, recreational boats and gasoline used in recreational boats. The other 25% is from state sport fishing license sales.

Who was Ruth E. Burnett? 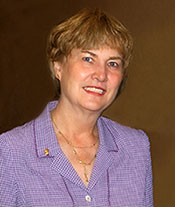 Ruth E. Burnett was born in Lewiston, Montana. She was married to Wally Burnett for 47 years, raised four children and spent more than 40 years in Fairbanks where she died on November 14, 2003.

She had a lifelong commitment to humanity and service to her family, the city of Fairbanks and the state of Alaska. She served as mayor of Fairbanks and was a member of the University of Alaska Board of Regents and the Alaska Statehood Commission.

Those who knew Ruth remember her generosity of spirit and her gracious and beautiful compassion for others.